Going into Apple's (AAPL) Services Event today we had been looking to it as an incremental positive to the Services narrative. Still, we did not advise buying shares ahead of the event as we believed the news was more than priced in and that any updates would likely not be material enough to, on their own, intensify the Services narrative to the point of warranting a re-rating higher just yet.

Our thinking was that while it would take a large transformative acquisition to really jump start the Services narrative and bring the bears around to our way of thinking (that Apple will ultimately derive greater earnings power from its services than hardware sales), incremental entertainment add-ons that complement the already rapidly growing services segment would serve to both increase the revenue stream and make the ecosystem "stickier." This, in turn, would further solidify an already loyal user base and make the switching costs away from iOS higher than they already are.

The event did not disappoint, but also brought little in terms of surprises.

Members can review TheStreet's blog here for a full rundown on everything that was announced, and watch the full keynote here , but we also want to take some time to discuss what we view as the key takeaways today.

This first new service announced is the company's Apple News offering (see here). While Apple already has a News app, which allows users to view articles from multiple publications and link premium subscriptions (and which CEO Tim Cook called out is now the number one news app), the updated service, known as Apple News+, will include magazines and curated content from sources such as the Los Angeles Times, the Wall Street Journal and more.

The updates relating to content were incremental, but the real kicker was pricing. While the original News app allowed for the linking of various subscriptions, the new offering aggregates all of these services for a flat rate of $10/month with no added cost for family sharing. The one caveat is that in the case of the Wall Street Journal (and perhaps others), according to an internal memo at the Wall Street Journal, the content provided on Apple News+ will be a "curated collection of general interest news," not a full subscription.

One last thing we would note is that although Apple maintained its commitment to privacy, reinforcing that it will not scrub user data to provide advertisers with targeted ad capabilities, there will be advertising on the site, providing another incremental source of revenue. And since they can at least tie ads to the content (even without user data) we view this as an attractive offering to advertisers, especially considering the company's 1.4 billion device install base. 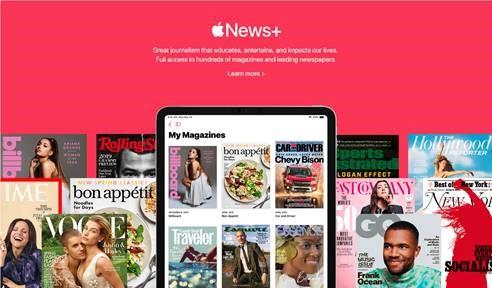 The next update related to the company's Apple Pay digital payments service. Apple is looking to take on transit, but offering a contactless payments system to support transit services later this year, with Portland, Chicago and New York City already signed up.

Additionally, Apple is looking to revamp the way we use credit cards. The new service, dubbed Apple Card (see here), was built with three themes in mind -- simplicity, transparency and privacy. Designed to take advantage of the power of iPhone, the new service allows for cards to be used instantly (no waiting for it to be shipped) while providing users with a full breakdown of spending activity and customer service on demand via built-in text functionality.

To make it easier to track payments, Apple will use machine learning and geolocations to convert "cryptic" merchant identification numbers into familiar store names.

On the incentive side, Apple introduced "Daily Cash" the company's cash back feature which rewards members with 2% cash back. However, instead of having to log in and redeem the reward as is the case with most card providers, Apple will credit the money directly to users' Apple wallet, instantly. The company teamed up with Goldman Sachs and MasterCard, bolstering Goldman's consumer business and allowing for worldwide acceptance everywhere MasterCard is accepted. On the security side, Apple is able to offer more security than competitors by implementing Face/Touch ID, as is already the case with Apple Pay.

Regarding Daily Cash, we would also note that the cash back rate jumps to 3% on purchases of Apple products, be it from the Apple Store, apple.com, the App Store, or iTunes, including "games, in‑app purchases, and services like your Apple Music subscription and iCloud storage plan" -- making the card a must have for anyone with an Apple services subscription of any kind, a strong incentive that should aid initial adoption.

Complementing the digital payment service, and to ensure acceptance everywhere, Apple is releasing a titanium credit card. Also, in an attempt bolster user security, the physical card will come with no identifiable marks other than the cardholder's name (No CVV, number, etc., though these metrics are all available on the digital app). The one caveat is that the card will only provide for 1% cash back, incentivizing use of the digital platform. 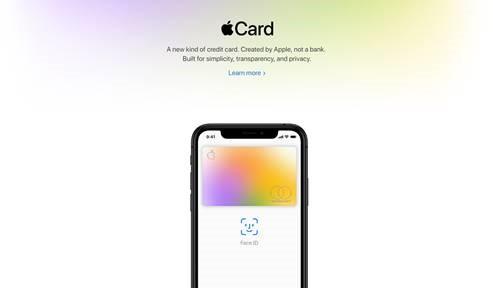 Next up is Apple Arcade, (see here), the company's new subscription gaming service, which will include over 100 original games, designed exclusively for Apple and available across any device with support for family sharing.

In addition to being available across devices, gamers will be able to pause on one device and pick up where they left off on another, making for a seamless experience. Unfortunately, while the service does look promising and can no doubt serve to aid in adding incremental revenues to the recurring services revenue stream, we were provided with only a taste of what is to come and left with little in terms of pricing, though we were told that we can expect the service to make its debut "this fall." 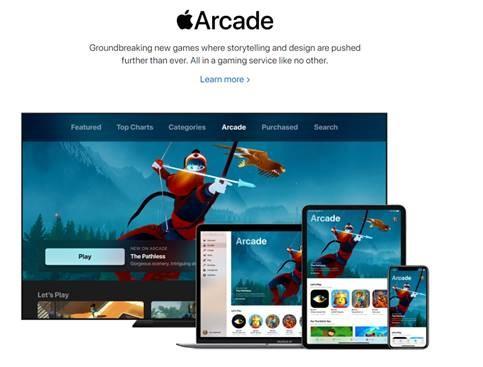 Finally, Apple wrapped up the event with the most anticipated announcements, the company's new video offerings.

The first update was on "Apple TV Channels" (located within the new Apple TV app), which will allow everything from traditional PayTV to streaming TV apps and OTT streaming services such as HBO and Showtime to be accessed in one location, placing offerings from various providers next to one another and eliminating the need to exit one app to find content on another.

In addition to aggregating multiple services, users looking for live TV can subscribe to their favorite channels, on a channel by channel basis, rather than signing up for an entire cable subscription ( i.e., users can fully customize "skinny bundles" to their own preference, paying for the channels they want and forgoing the channels they don't.) We view this as a competitive edge verses competitors such as Hulu Live or YouTubeTV, which provide monthly services with a set channel list, as it removes the "one size fits all" model while making monthly costs variable so that users pay only for what they want (not 20 channels they want and 20 they don't). Moreover, in a break from traditional practices, Apple will make their new App available on a slew of smart TVs from Samsung, Vizio, LG and Sony, and streaming devices from Amazon, Roku and more.

Also announced was Apple TV+ (see here), the company's ad-free subscription streaming service, with original video content from a slew of Hollywood stars including Steven Spielberg, Orpah Winfrey and more. Many of the personalities were brought on stage to discuss the projects they worked on in anticipation of the release and giving us a glimpse into what we can expect at launch.

In order to make the content more accessible on the go, all content will be downloadable, providing the ability to watch without an internet connect (an important factor for travelers). As was the case with the Apple Arcade, pricing details were unavailable; however, the service is set to release "this fall." 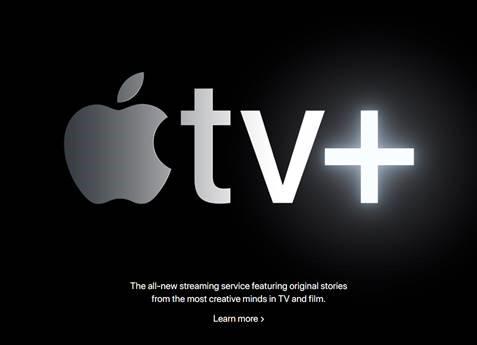 The event was largely what we expected. While we view all the announcements as incremental positives -- all served to increase the company's services offering and increase switching costs for those already engrained in the ecosystem -- we reiterate that there was not much in terms of unexpected announcements. Also, we still want to see Apple make a transformational acquisition that will make it a serious player in the health space, an area Tim Cook has called out as being the most important industry for Apple in the future.

As a result, we are unsurprised by the weakness in shares today as the stock ran into the event. Still, we reiterate our view that Services and subscriptions are the future of Apples earnings power and that AAPL is a stock to be owned for the long-term as this transformation takes place, not traded.