As part of our downgrading Disney (DIS) and Airbnb (ABNB) shares to Three ratings earlier today, we shared that despite the latest set of data regarding consumer spending and travel, we had yet to see any downward revisions for their respective earnings expectations in the second half of 2022. That realization led us to take a larger look at earnings expectations for the S&P 500, the benchmark for much of the stock market as well as the one for AAP.

Back at the end of February, as we were moving past omicron, before China's lockdowns, relatively early days in the Russia-Ukraine war, and before inflationary pressures reared their multi-faceted heads, the consensus EPS expectation for the S&P 500 for the second half of 2022 was $119.43. For some context, that was up 10.8% compared to the first half of 2022 and more than 9% vs. the second half of 2021. 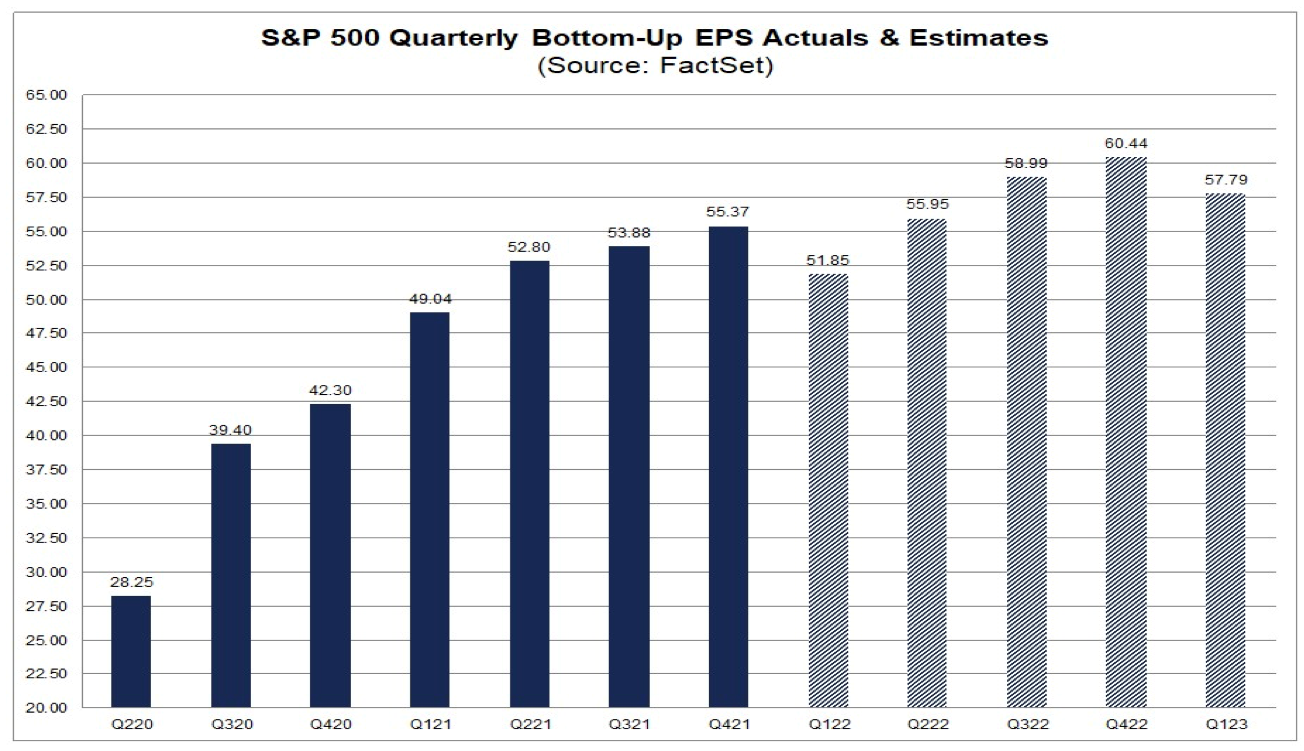 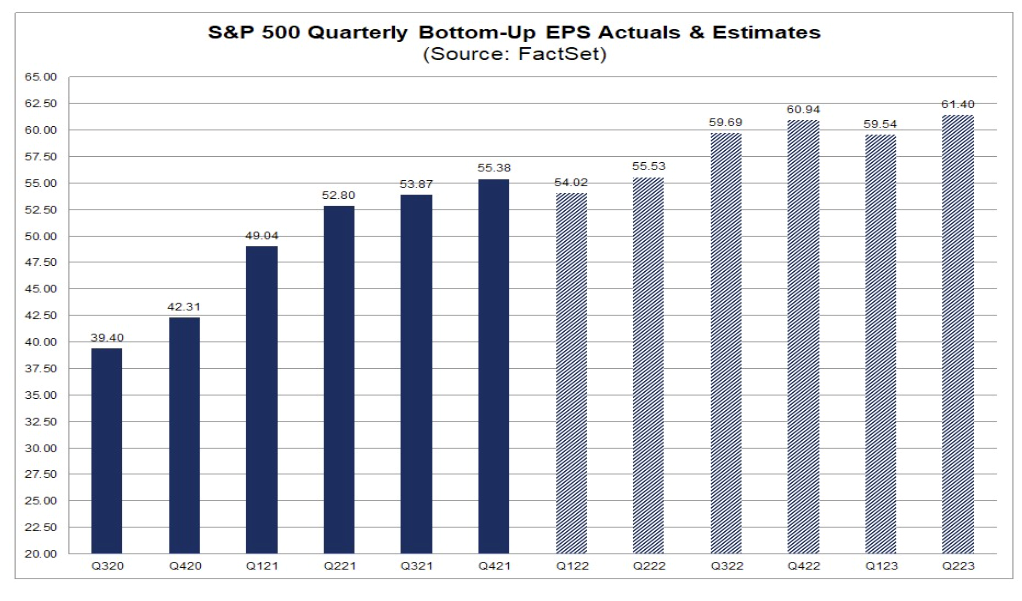 Digging into the EPS revisions on a sector basis, we see 2022 forecasts have understandably soared for the Energy sector, while those for Consumer Discretionary have fallen meaningfully even though we have yet to see cuts for Airbnb and Disney. 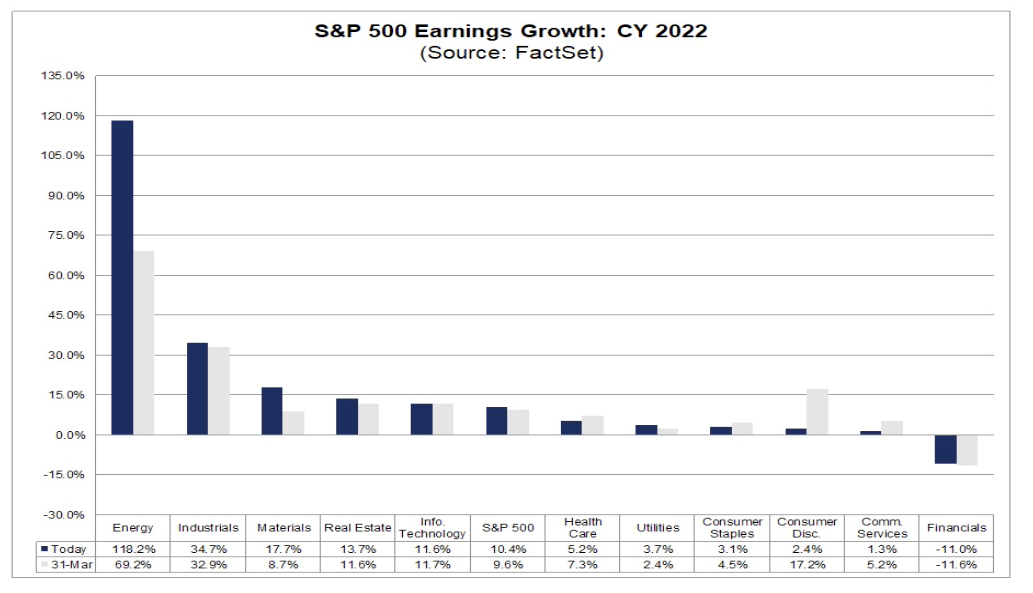 Given all that has unfolded in the current quarter and what's expected to continue into the second half of the year, we have reservations about the consensus EPS forecast for S&P 500. Granted the market multiple has come down, but the other shoe to drop, that is earnings expectations, have yet to do so. As that happens, it means the market isn't likely to be as cheap as some may think.

We're also likely to see some EPS revisions in the coming months for 2023 EPS expectations as well. Currently the consensus view published by FactSet sits at $251.76, up 9.2% over year. In the past when we've seen expectations for the second half of a year be revised lower, those revisions tend to carry over for the following year as well, especially when concerns are growing over the speed of the economy and consumer spending. 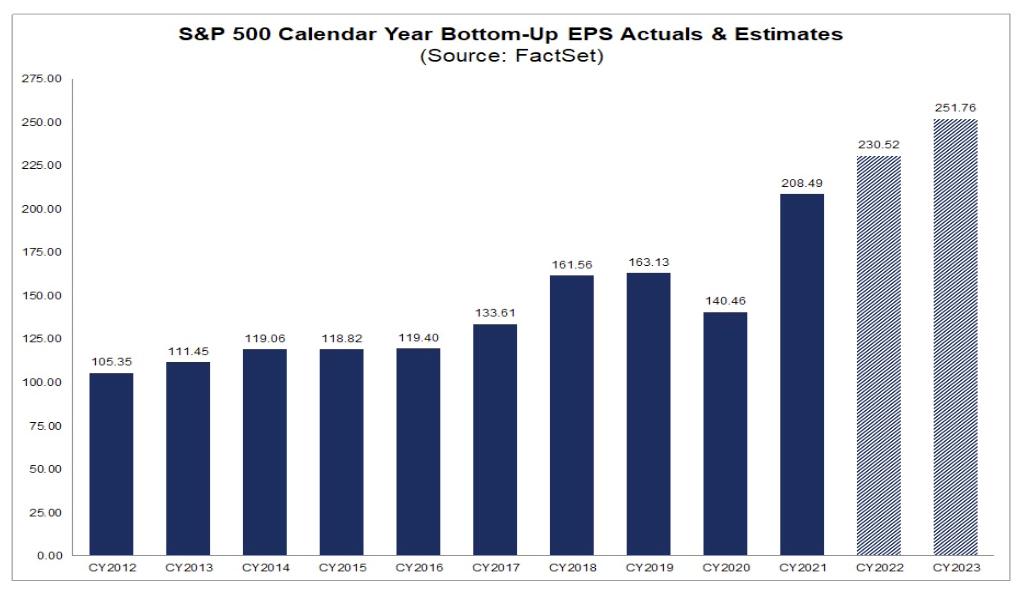 For these reasons, the June quarter earnings season is going to be critical to the market's second half of 2022. The season will reveal which companies are able to weather the current headwinds, and which ones are seeing pronounced margin pressure and cutting expectations. No doubt there be at least a few companies that use the current environment to reset the expectations bar lower in order to more easily walk over them in the coming quarters.

However, using the past as a guide, when the June quarter earnings season gets underway there will be some that are taken aback by the downward revisions to be had in EPS expectations. As competitors, suppliers, and customers report, the 360-degree picture will firm up what we're likely to hear by the time the June quarter earnings season is over. We already have some insight following Target's (TGT) margin cut, Intel's (INTC) warnings on foreign exchange, more recently fabless semiconductor Himax Technologies (HIMX) cutting its June quarter guidance, and Tesla (TSLA) targeting a 10% reduction in salaried workers. What FedEx (FDX) , Darden (DRI) and others say later this week when they report will add some color to that picture.

Let's keep in mind too that right in the middle of the June quarter earnings season, we have the Fed's next monetary policy meeting. The CME FedWatch Tool currently shows a 95% chance the Fed lifts interest rates at that meeting, pushing up borrowing costs even further. While that is a somewhat known likelihood, it means that for some companies the Fed will have hiked interest rates by 200 basis points since they last reported their quarterly results. For most companies, at a minimum, that translates into amending their expectations and that risk skews to the downside.

Looking ahead at this likelihood as well as the prospects of further economic slowing in the coming months, we will continue to favor the addition of companies with inelastic and defensive business models that also happen to be dividend payers as well. To be clear, we're looking at companies with a meaningful dividend history which supports the notion they are not only battle tested but that as shareholders we'll be paid to wait for a firmer market environment.