After you receive this alert, we will buy 465 shares of the First Trust Nasdaq Cybersecurity ETF (CIBR) at or near $42.50. Following the trade, the portfolio will own 2,000 CIBR shares, roughly 2.5% of the portfolio.

We're taking another bite into the shares of this cybersecurity play to capture not only the continued spending growth for its constituents but the growing number of headlines that once again remind us about the increasing occurrence of cyberattacks.

Some of those reminders are tied to the ongoing Russia-Ukraine war, but others touch on the hacking of smartphones, cyberattacks on delivery companies, ransomware hitting automotive component companies, and steel companies being forced to halt production because they were compromised.

Those and other recent events add credence to the growing view that we are as vulnerable to cyberattacks now as we were just a few years ago. 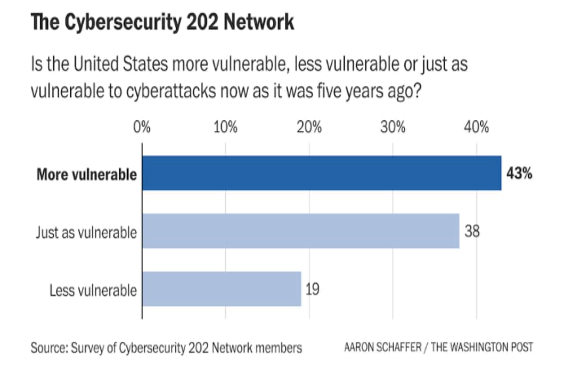 One reason for that is the far greater reliance on technology, especially the internet, due in part to the Covid pandemic that accelerated work from anywhere. Another is bad actors have continued to improve upon their skill set just as cyber defenders have, which has been described as a cat-and-mouse game in which companies are constantly improving defense but never really getting well ahead of the attackers.

That realization as well as the need to secure more attack points as the IoT market takes hold recently led Juniper Research to increase its enterprise cybersecurity spending forecast to more than $226 billion up from $179 billion this year. When we added CIBR shares to the portfolio, we pointed out that most of these forecasts tended to fall short of actual spending, more than likely that will happen again.

What that means for the basket of companies that comprise the CIBR ETF is growth, especially on the collected bottom line. The 38 constituents are expected to deliver EPS growth in the second half of 2022 to the tune of more than 16% vs. the first half with further growth of more than 18% in 2023 compared to full year 2022.

Given the need for a company to protect its crown jewels, be it intellectual property, business strategy or simply to keep operations running, cybersecurity spending continues to take share from other aspects of overall IT spending. At the same time, a new report from the Government Accountability Office has warned private insurance companies are increasingly backing out of covering damages from major cyberattacks - leaving American businesses facing "catastrophic financial loss."

According to the US Department of the Treasury, some insurers have also been mitigating their exposure by lowering the maximum amount that a policy will pay out in the case of a cyberattack. With the prospect for companies increasingly on the hook for cyberattack damages, it's another reason why cybersecurity spending forecasts are likely to be understated.

With the incidence of attacks not slowing down and the growing concern over data privacy penalties, odds are cybersecurity spending won't be one of the areas on the spending chopping block should we dip into a recession. That suggests the ETF's basket should hold up far better than other areas should we see a recession unfold. If we don't and expectations for the Fed's interest rate fighting efforts continue to get dialed back, it means a headwind for cybersecurity stocks won't be blowing as hard as previously thoughts.

For all these reasons, we are choosing to add to the portfolio's position in CIBR shares. For those members outside of the US, one option to consider is the Rize Cybersecurity and Data Privacy UCITS ETF (CYBR) that trades on the London Stock Exchange as well as others in Europe.