After today's market close, the lead up to the June quarter earnings season continues with results from memory and storage solutions company Micron (MU) .

Last year, the data center market became the largest one for memory and storage, moving past the mobile market. Given our positions in AMD (AMD) and Nvidia (NVDA) , we'll be interested to read through Micron's forward guidance.

Thus far, all indications have been favorable for data center construction as the volume of data that we create, consume, and share continues to grow. The following graphic from LocaliQ should give members a rough idea as to what happens during one internet minute in 2022: 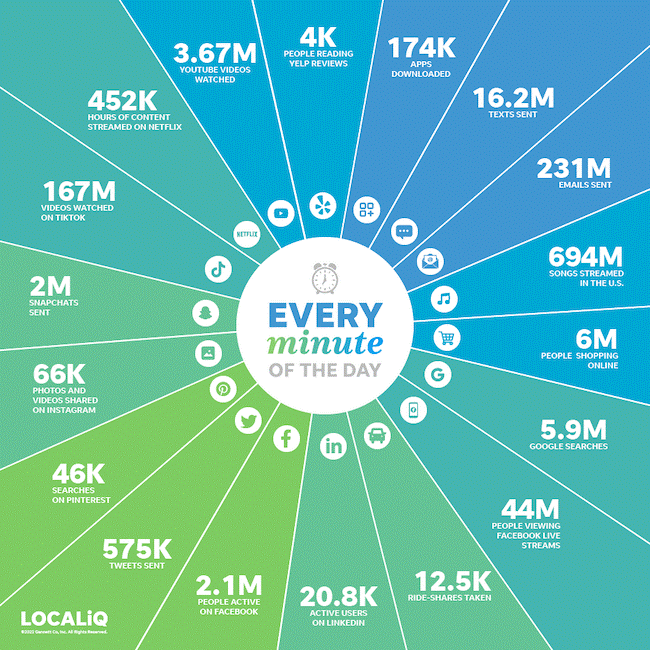 What We Have to Realize

Pretty astounding, but what we have to realize is the phenomenon that has unfolded over the last several years - rising internet adoption and a growing number of devices per individual - is poised to continue. As of this past April, there we five billion internet users worldwide, roughly 63% of the global population, and the number of connected devices per person is approximately 2.4. Both figures are expected to rise further in the coming quarters, creating that much more data each and every day.

As that taxes existing networks and data centers, we will continue to see densification of networks and additional data centers be added. And that's before we see any real liftoff with the industrial aspects of IoT and AR/VR that are poised to happen in the coming years.

While the near-term can be choppy, especially if companies revisit capital spending plans, the longer-term driver of data consumption, creation and sharing will continue. In many respects this is similar to the notion that cyber attackers don't pay attention to what the interest rate environment is as they look to exploit companies and other entities with ransomware. While the growth rate for the amount of data we create could slow, it will still be on a growth trajectory.

With all of that in mind, we'll head into Micron's quarterly earnings report looking for any signs data center spending may be slowing compared to what it was entering this year. We'll also be paying attention as well for what Micron has to say about the connected device market given that we have both Qualcomm (QCOM) and Universal Display (OLED) in the Bullpen as well as Apple  (AAPL) in the portfolio.

Typically, Micron sees a seasonal pick up heading into its August quarter as smartphone companies start to fire up the production lines during the quarter for their latest and greatest smartphones that will be released later in the year and ahead of the holiday shopping season.