Ford Motor (F) reported its monthly sales data for June, which rose 31.5% year over year to 152,262 vehicles, with the higher margin truck and SUVs accounting for almost 97% of the overall mix.

The company's EV effort continued to gain traction during the month, as its sales of EVs rose 76.6% year over year to 4,353 vehicles, roughly 2.9% of its overall June sales.

To top it off, initial indications are Ford gained market share as its performance during June compared to the estimated 11% drop in overall industry sales during the month. On a month over month basis, however, there is no denying Ford's June sales inched lower vs. the 154,461 vehicles sold during May with sequential declines in both SUVs and EVs that were offset by gains in both trucks and cars.

Panning the monthly sales data camera back and looking at Ford's June quarter, its total vehicle sales rose 1.8% to 483,688, missing the expected gain between 3.3%-5.1% that Wall Street was looking for. This is weighing on F shares today as it has stirred questions over revenue expectations for the June quarter largely because the expected increase in the month of June wasn't as strong as expected.

Supply chain issues that have prompted production delays and shortfalls aren't a Ford specific event, but we also have to acknowledge these headwinds are now being accompanied by recession concerns. The fear is that new car buying will slow as consumer spending retrenches and interest rates for auto loans become incrementally more expensive as the Fed continues to boost interest rates. This likely means Ford will have a challenging September quarter if not the back half of 2022.

Over the next few months, as supply chains improve further the growing question is how many people will be springing for new cars? At the same time, Ford shares have been hard hit in 2022, crumbling significantly since their January peak. As the shares fell, the company has continued to push forward with its transformation, making moves to improve its cost structure and foster its EV efforts. The leverage associated with those efforts will hinge on having enough vehicles flowing through Ford's operations. 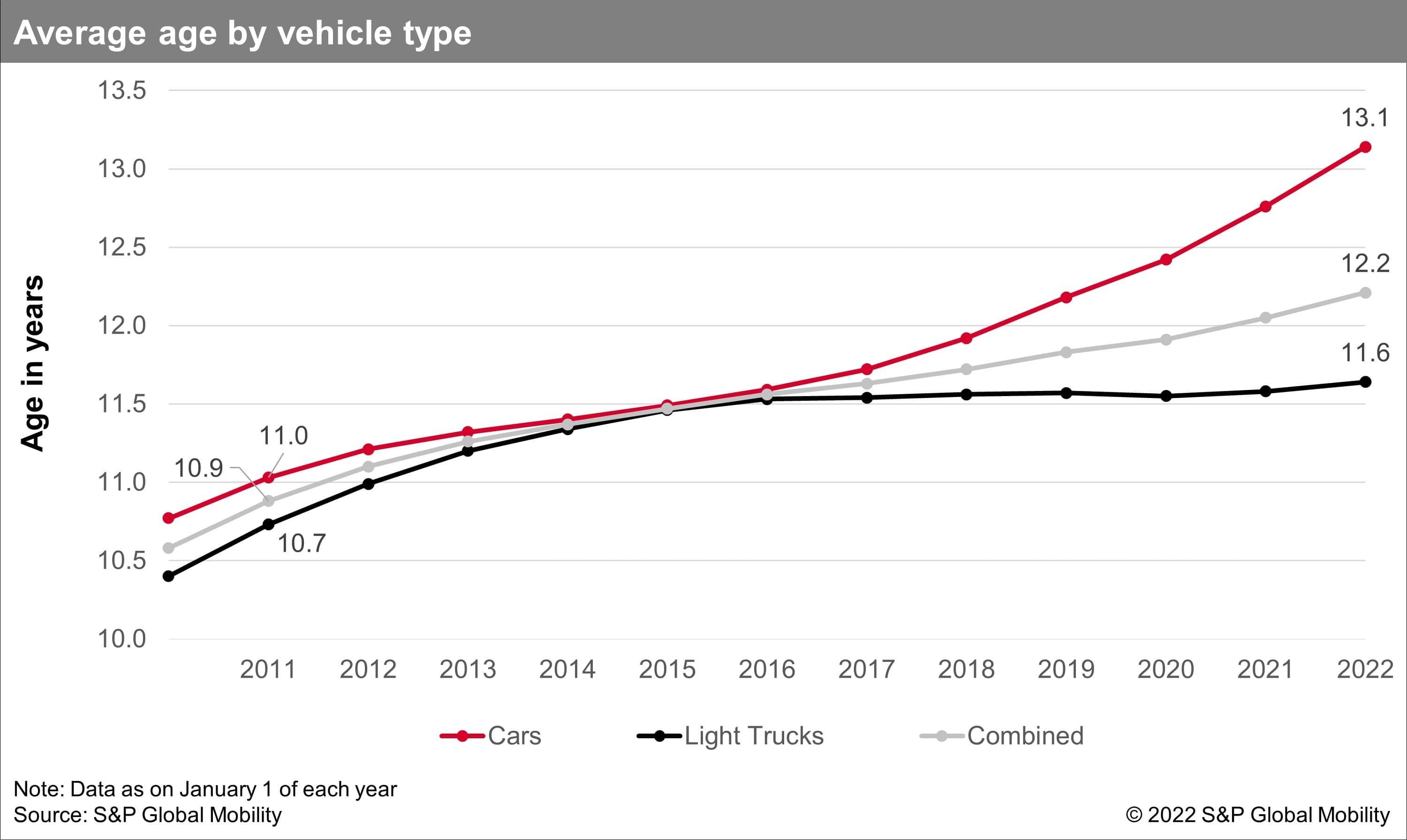 There is reason to think that over the coming 12-18 month period, Ford could be in a position to showcase those positive developments. Very recently S&P Global Mobility shared the average age of light vehicles in operation in the U.S. has risen to 12.2 years, easily the highest level in more than a decade. This suggests that eventually we will see a pronounced pick-up in replacement demand, especially if auto sales slow further in the coming months.

The question we have to wrestle with is this - is the portfolio better off exiting F shares and buying them back at lower levels?

The answer to that is a tricky one and to that we would point to the recent performance of McCormick & Co. (MKC) shares that held up far better following the recent quarterly earnings miss and expectation reset for the back half of 2022. As we said at the time, and continue to think, much of the share price pain was already baked into the MKC share price, which was down considerably in 2022 ahead of that earnings report.

The same is potentially true with F shares - given the pronounced drop over the last almost six months. As we navigate the upcoming first wave of the June quarter earnings season, how stocks perform will shed even more light on the answer to the question we are contemplating.

For now, F shares remain a Two, but we are cutting our price target to $15 from $25, which is also below the Wall Street price target consensus near $17.50.