Samsung held its 2022 Galaxy Unpacked event early Wednesday, and, as expected, it announced two foldable smartphones, new smartwatches, and an update to its Galaxy Buds Pro line, better known as the new Galaxy Z Fold 4, Galaxy Z Flip 4, Galaxy Watch 5 and Galaxy Buds 2 Pro. All in all, the announcements are described as "refinements" on existing models with a few added touches.

The price tags for its updated foldables: $999 for the new Flip 4 and $1,799 for the Fold 4. We were hoping for a less expensive foldable phone, something that would spur adoption greater than current forecasts call for. The logic is a greater mix toward foldables would drive greater demand for organic light emitting displays and relevant materials from Universal Display (OLED) , which is a Bullpen stock. Exiting 2021, foldables had 0.5% of the total smartphone market share and are only expected to reach 1.8% by 2025. We will continue to monitor new smartphone product introduction, including upcoming ones from Xiaomi and Oppo, the third and fourth largest smartphone OEMs by volume (see chart below). 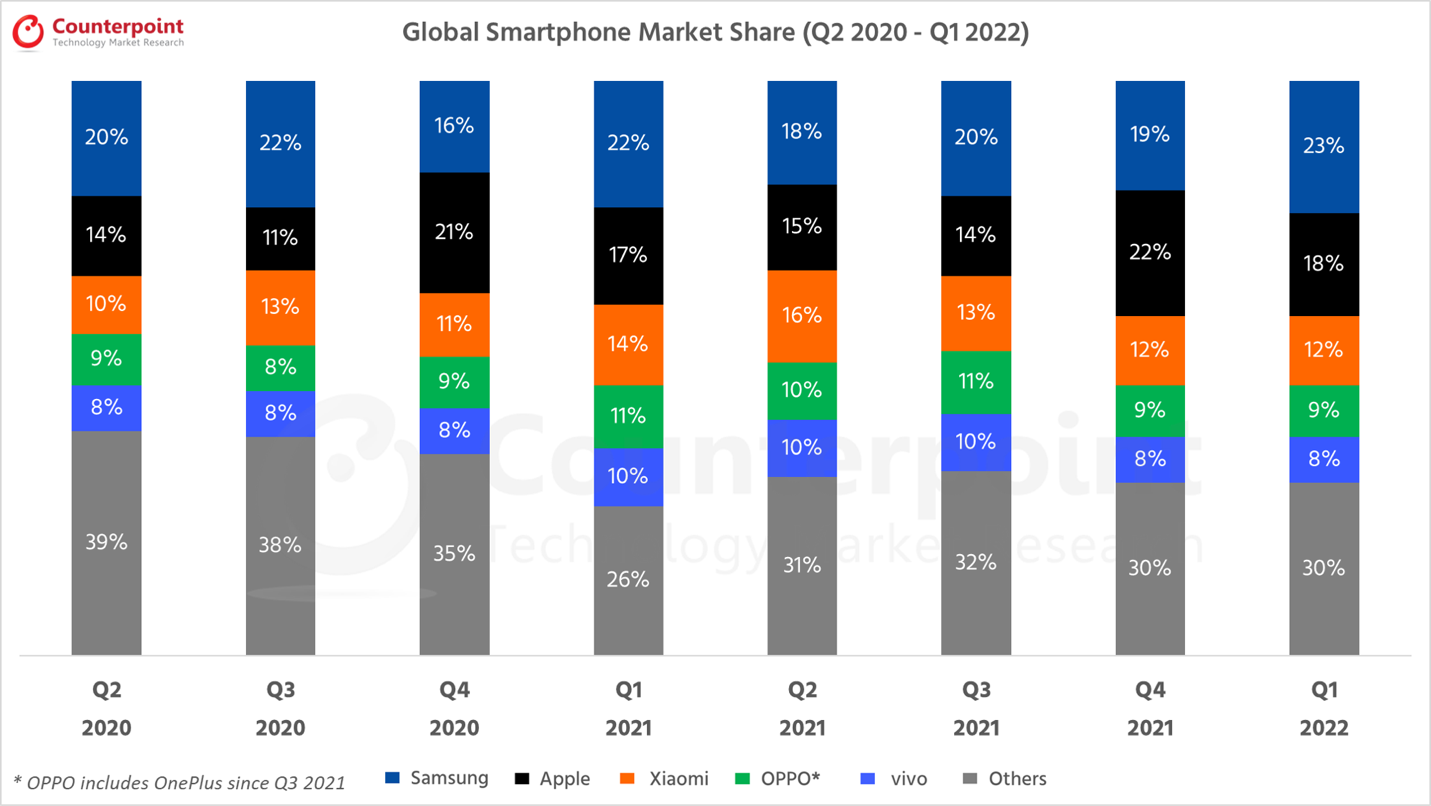 For now this means staying on the sidelines with Bullpen resident Universal Display, until either the risk-to-reward skews more favorable, likely below $115, or signs the smartphone market is moving toward foldables at a much, much faster pace. As we do this, we'll also be closely watching the dynamics in the TV market, another consumer electronics market that is adopting organic light emitting diode displays.