There has been a lot of concern over advertising spending following comments in recent weeks from the likes of Snap (SNAP) , Meta Platforms (META) and others, but as we've shared with club members, between its market share leading Google search engine and YouTube, Alphabet (GOOGL) is well positioned to pick up the continued shift in advertising dollars to digital from "legacy" models.

A new report from Pew Research supports that view as does the latest search engine market share data from Statista, and both keep us bullish on GOOGL shares.

While Alphabet may hesitate to use the word "dominant" when discussing the market share figures for Google Search, with around 83% of the market according to Statista vs. its next closest competitor Microsoft's (MSFT) Bing with ~9% of the market. 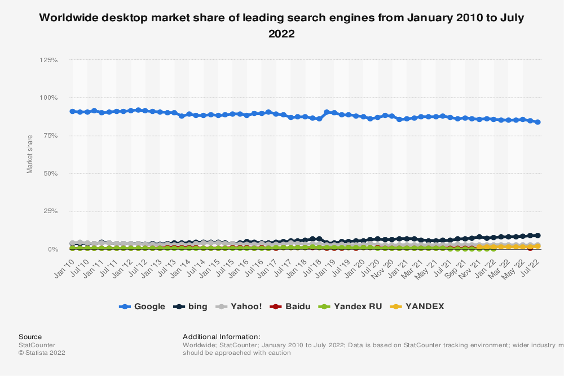 As we can see in the above chart, Google Search has lost a few market share points to Bing, but so too has Yahoo! (VZ) .

What's more interesting to us is a new report from the Pew Research Center. Included among its findings, roughly half of half of US teens aged 13-17 say they're online "almost constantly," up from 24% in 2015. No major surprise there given the proliferation of smartphones and apps as well as improved data coverage and network speeds.

What really caught our eye in the report was the reveal that the most popular platform for teens isn't TikTok but... YouTube, which 95% of teens use. Back in 2015, the number one social media platform used by teens was Facebook with 71% of teens using. That number today according to Pew's finding is 32%. 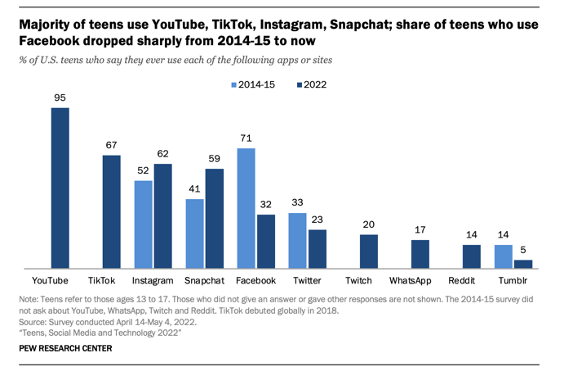 Further digging into the report points to potential reasons why Meta Platforms is having such a challenging time: 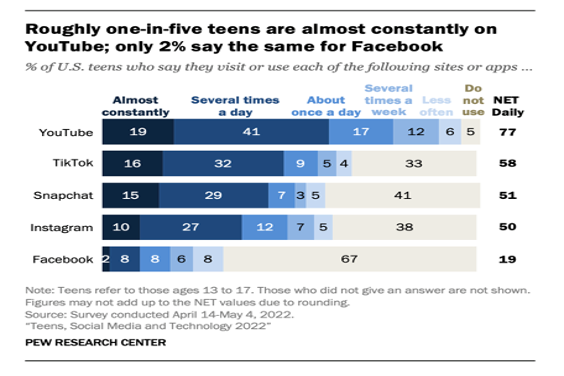