Following an extremely powerful week that saw the S&P 500 move higher by more than 200 points, a consolidation week noted by the doji (where the open and close are close to equal) occurred this past week.

Volatility declined modestly into monthly options expiration as stocks had a tough time making any advances. Hawkish Fed speakers hurt stocks early in the week, but the losses were quickly absorbed by buyers when panic was absent. This tells us plenty, especially about the conviction of those buyers on the last CPI day, which was Nov 10.

If their commitment to buying was weak we likely would have seen much of that peeled away or perhaps coming down in the ensuing weeks. That still could happen if this doji turns into an evening star pattern. That would require a down week, and then confirmation by another one. That pattern could complete itself by the start of December; we'll be watching closely. Below is an example of the pattern. You should be able to see the similarities in this example and the current weekly S&P 500 chart, which is below it. 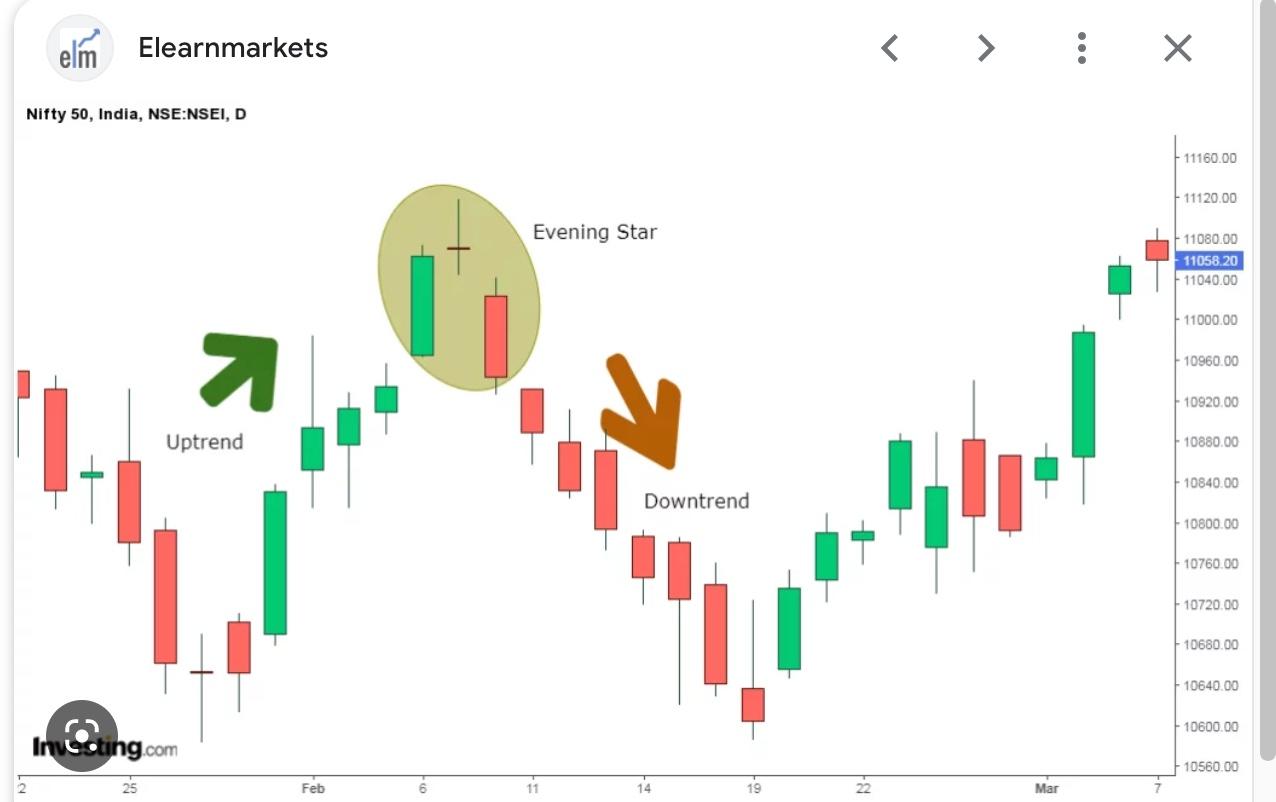 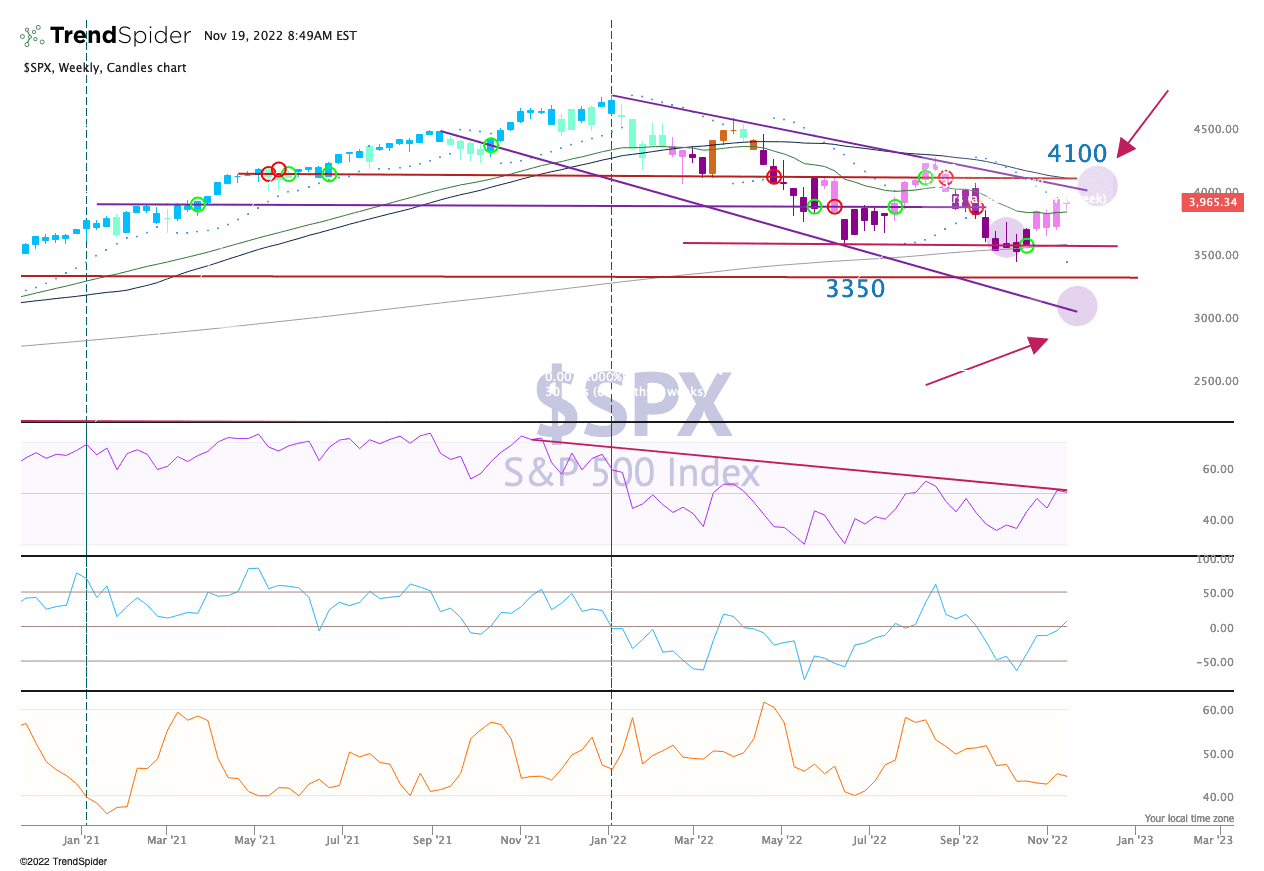 Notable on the chart is the candle patterns of the GoNoGo (a terminology borrowed from NASA as a launch status check), where a light shade of pink is now the pattern. One would have thought after the big rally two weeks ago at least a modest bullish look (teal), but that was not to be.

The Relative Strength Index (RSI) remains challenged under the trend line, while the choppiness index is reaching its lows in July and prior to that in September 2021. What does this mean? Simply put, volatility is suppressed and we have narrow ranges and less chop.

Though we did see big range movements this past week, the indicator is still pointing downward. Bulls like this move down, but we should caution this is often a precursor of more volatility to come. The targets are still out there for this range (4100 and 3000), and the SAR, or stop and reverse, indicator (dots), has just turned bullish.