Wednesday we closed the books on November trading, and clearly it was a hugely positive month. With many strong days within the month, the S&P 500 closed higher by 5.3%, its second straight-up month. So, it's an all-clear, right?

Not quite, as we determine the difference between a bull/bear market by filtering the Moving Average Convergence Divergence (MACD) through the monthly chart. We look for the MACD crossover, the black (thick) line above the red (thin) line. The black line below the red, it's a bear market condition. When that happens, we look for confirmation, another candle to confirm the move.

As we see from the chart below, there is considerable distance between the two lines (bottom pane), hence it'll be some time before a new bull market gets started. As we can see in the lower section of the chart, back in 2009 long it took to turn this indicator from bearish to bullish. With higher rates for longer, we don't see this bear market going away quickly or easily. 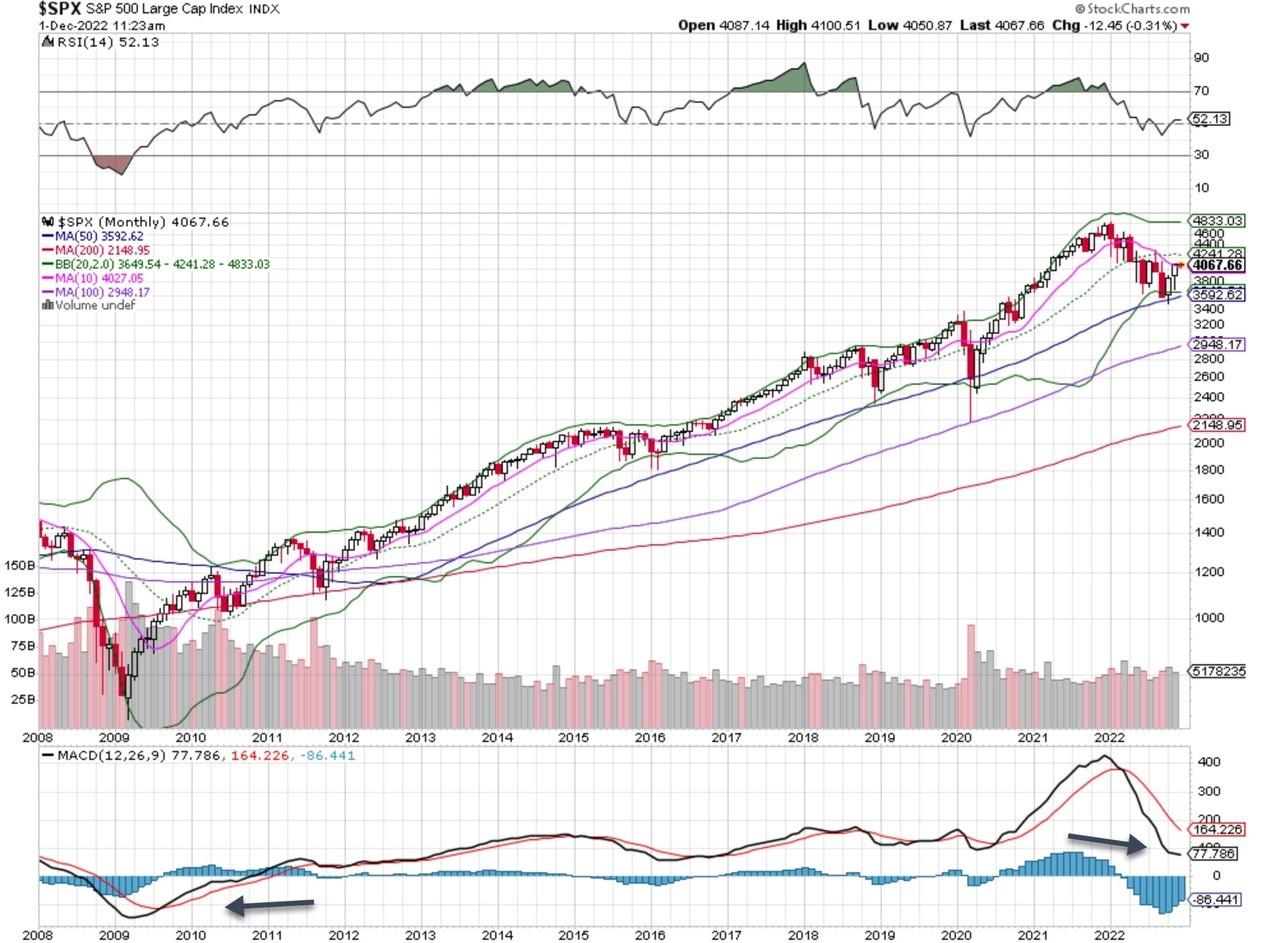 Turning to the fundamentals and the manufacturing PMI data for November that was released Thursday morning, and given the tight correlation with S&P revenue it supports, the view we are likely to see are further reductions in 2023 revenue and EPS forecasts. By the numbers:

Adding to that likelihood, backlogs of work fell to 40 in November after hitting 45.3 in October and new export orders also continued to contract in November. 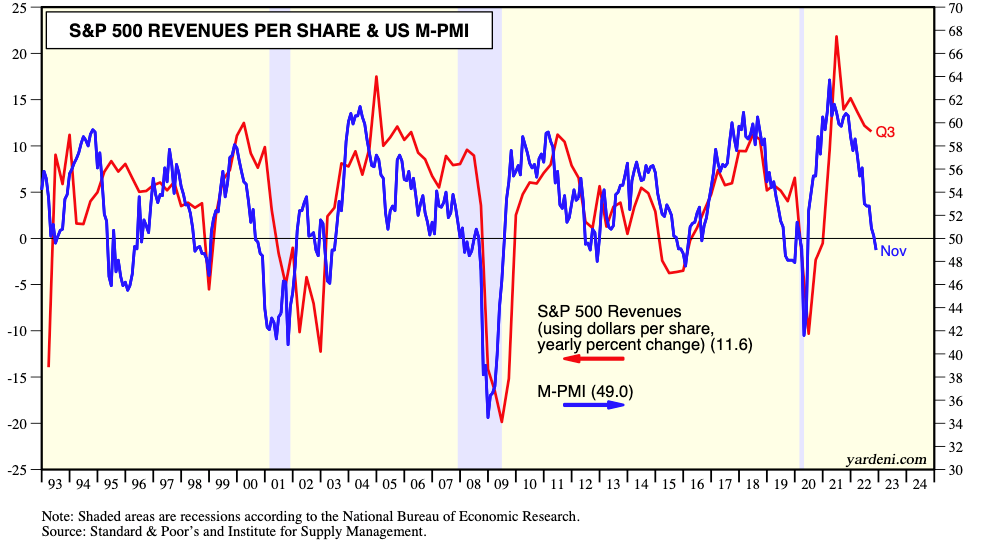 One positive in the ISM data was the deceleration in prices found during the month spurred on by declines in aluminum, copper, steel, freight, and lumber. Those improvements were mitigated by continued supply constraints for electrical and hydraulic components as well as semiconductors.

Turing to S&P Global's final reading for its November Manufacturing PMI, it signaled a "renewed deterioration" during the month with the final reading coming in at 47.7, not far off the flash figure of 47.6. Per the report, "firms stated that the impact of inflation and higher borrowing costs dented customer demand and led to a reduction in spending again midway through the fourth quarter. New orders fell at the sharpest pace since May 2020, as foreign client demand also waned."

We see this corroborating not only the findings of S&P Global's flash November report but also ISM's November Manufacturing report discussed above and the likelihood for more negative earnings revisions ahead.

This along with JPMorgan's slashing its 2023 EPS forecast for the S&P 500 earlier today has us waiting with bated breath for FactSet to update its bottoms-up estimate for S&P 500 earnings. In the chart below we see its last update from November 18 that still called for EPS growth of 5% next year. 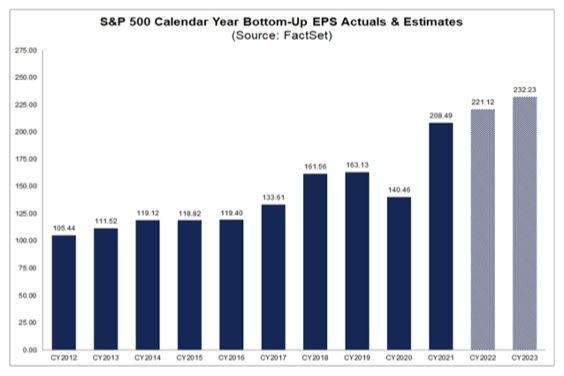 In our view, the jury is still out as to whether we will see 2023 EPS come in below 2021. Candidly we will need to see far more data on that front. That said, we do see the need for current 2023 EPS expectations for the S&P 500 to move lower, especially after today's manufacturing PMI data. As those revisions are had, we are likely to see a re-think happen regarding the market multiple given that investors aren't likely to pay up quite as much for slower earnings growth.

If 2023 EPS for the S&P 500 is flattish year over year, we're likely to see the current market multiple contract from the 18.4x level. A potentially generous multiple of 17.5x flat 2023 earnings suggests something near 3,870 for the S&P 500, roughly 5% below its current levels.

If JPMorgan is closer than not to being right with its revised 2023 EPS forecast and we see S&P 500 earnings for that year come in below this year, we could see the market's P/E contract to 16x or 17x. Both scenarios suggest much more downside to be had in the market than 3,870.

As we indicated above, the technicals suggest it will be some time until the market emerges from the current bear market. The fundamentals suggest that while the market is enjoying its recent move higher, as are we, we have much further to go until we approach the edge of the woods we are currently in.

We recognize we are entering one of the quietest times of the year as well as the lag between unfolding developments and Wall Street analysts cutting their forecasts. More than likely, we will see some revisions to 2023 S&P 500 expectations in the next few weeks, but the bulk of them aren't likely to be had until January.

Between now and then, we'll keep our inverse ETF positions in play, prudently deploy our cash and get ready to be opportunistic when the time comes.